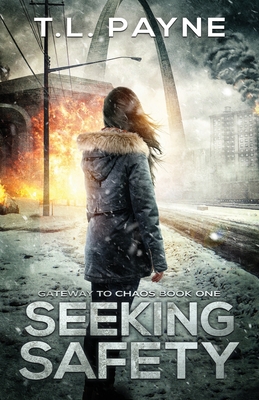 An EMP has destroyed the nation's power grid.

The country is plunged into chaos during one of the coldest midwest winters on record.

Pre-med student Raine Caldwell is in a race against time. Eight hundred miles from home and separated from her parents, Raine is forced onto the dangerous streets of St. Louis, Missouri.

A storm is brewing...

While fires rage, deadly gangs roam the streets. After joining a group of fellow survivors, it becomes a fight for survival as they race to escape the city before the violence and a bitter winter storm overtakes them.

★★★★★ "Great series The author creates characters that almost feel like best friends as the reader experiences their experiences. The cold and the fear will have you immersed in the story almost as though it's happening to you."

★★★★★ "Great read Felt like I was sitting right there next to her and living through the emotions she felt."

★★★★★ "I really liked this book. It is very well written. Engaging and filled with suspense."

Seeking Safety is the first book in the Gateway to Chaos series.

OTHER BOOKS IN THE SERIES

No Way Out, book one in the Fall of Houston Series.

Check out the DAYS OF WANT SERIES