Devil in the Device (Hardcover) 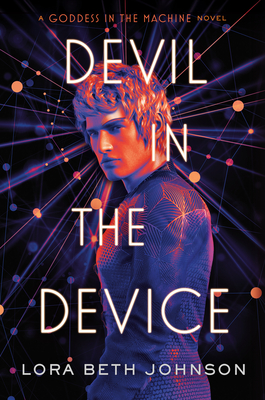 Devil in the Device (Hardcover)


On Our Shelves Now
Devil in the Device brims with brilliant world-building and richly-imagined characters—a great encapsulation of everything that makes science fiction so much fun!"  —Andrea Tang, author of Rebelwing and Renegade Flight

Newly on the throne, he’s still getting used to wearing Maret's face, but he can't deny that the influence it affords him has its perks. So when the magic of Eerensed starts to turn deadly, Zhade must master the Crown if he's going to save his people, and Tsurina's destructive plans for Eerensed aren't going to make that easy. Worse, he's starting to see her point.

Assumed dead by the people of Eerensed, she must stay hidden in the city’s depths if she's going to live long enough to build the rocket that will finally save the colonists from this dying planet. But when Andra hears voices urging her to destroy everything, she starts to dig deeper into her subconcious. What she discovers leads her to question whether she's destined to be a savior after all.

Battling the dangerous forces buried within their minds, Andra and Zhade will have to find a way to work together before two power-hungry leaders and a deadly swarm of rogue technology destroy humanity for good.

Lora Beth Johnson delivers a stunning conclusion to the Goddess in the Machine duology with this brilliant novel. Part political conspiracy, part technological thriller, its deeply emotional core deftly explores what it means to be human, and how to hold on when everything seems lost.

As an only child, Lora Beth Johnson grew up telling herself stories and reading past her bedtime. She spent her adulthood collecting degrees, careers, and stamps in her passport before realizing her passion for creating fictional worlds. When she's not writing, she's teaching college English and learning new languages. She lives in Davidson, North Carolina, with her little roommate, Colocataire the Yorki-poo. She is also the author of Goddess in the Machine. Find Lora Beth on Twitter @LoraBethWrites.
“This volume deals out one surprise after another before delivering a bang-up ending.” —SLJ

“With a plus-sized heroine of my dreams, Devil in The Device delivers on the promises of Goddess in the Machine, and expands the already brilliant galaxy-sized world building. Highly recommend.”
—Sheena Boekweg, author of The Sisterhood of Secret Ambitions

“Devil in the Device brims with brilliant world-building and richly-imagined characters a—great encapsulation of everything that makes science fiction so much fun!" —Andrea Tang, author of Rebelwing and Renegade Flight

“With original and super smart world-building, fully-realized, unforgettable, root-worthy characters, Devil in the Device is an intense and thrilling conclusion to Goddess in the Machine.” —Alechia Dow, author of The Sound of Stars