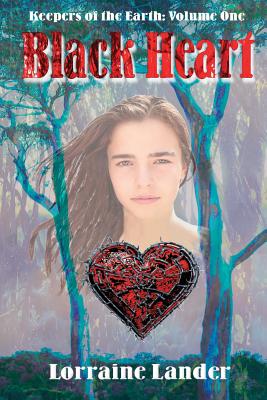 By Lorraine Lander
$14.84
NONE IN-STORE but we can probably order it for you

Fourteen year old Angel is looking forward to her first summer job, working for a Native American biologist on a local farm. Things change, though, when she visits the farm's ancient forest and is given a liminal stone by the Spirit of the Forests that allows her to travel in her dreams. Angel uses the stone and enters Limbo, an 'in between' world, where she meets Caleb, a teenage boy from Thera, the world of magic and mythology that was separated from Earth centuries ago.

Caleb can do magic and tells Angel that she can, too. Although she has no idea how to use her powers, Angel's boss wants her and three other teenagers to form a Spirit Council and use their new-found abilities to help save animals from extinction and protect the Circle of Life.

As they are pushed into facing a world of evil magic that endangers all life on Earth, Angel's potential for powerful magic makes her a target. She's tricked into the Nagin Chante, a black heart spell, and as a result has to train with two evil wizards. It's a chance to develop her powers, but immersed in their world for two months, if she's not careful the black heart will make her a permanent servant of evil. This was not the summer she had planned.