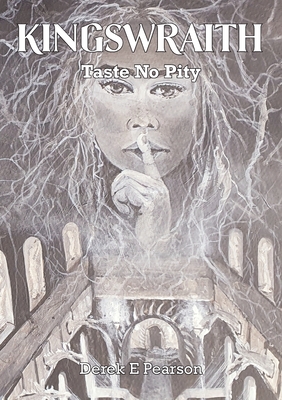 When Scotland Yard involved the Professor and his young ward Martin Kingswraith in the strange case of the 'Depleted Men', neither of those skilled white wizards, or Lux Texentes, could foresee the terrible dangers they would face. In the soot-coated cobbled streets of late Victorian London, Kingswraith must overcome his greatest challenge or perish in the attempt.

Kingswraith would receive help from the strangest quarters, not least Penelope Epimeliad and the mysterious children who haunted the stone forests of London town, children who had once been tree sprites in Britain's magnificent primordial woodlands when mammoths still trumpeted in the frozen wilds.

The children now lived in a vast Roman reservoir under the Tower of London, from which they would emerge as a force of good, dedicated to fighting evil, bringing aid and comfort to the innocent, and food to the downtrodden masses. It was they who created the Depleted Men, actually wicked murderers, using ancient enchantments to suck the minerals from the killers' bodies, leaving behind a shell of soft, jelly-like protein.

Penelope recognises Kingswraith's unique qualities as a scion of the house of Pendragon and she brings her own immense powers to bear to prepare him for his inevitable battle against sinister Haven Slighe, one of the ten Viventem Nominis Umbra, or malevolent Lords of Living Shadow.

Slighe is a forceful mage. He and his nine fellows are a pitiless force of darkness driven towards reducing civilisation to its lowest possible ebb so they feed from humanity's despair. They will encourage any wickedness, drunkenness and lechery, until the whole population is lost without God or hope of redemption.

The Lux Texentes has been standing in their way, but the Umbra has been cutting them down at every opportunity. To take Kingswraith, Haven Slighe captures the Professor. To save him Kingswraith must face Slighe alone, and afraid.