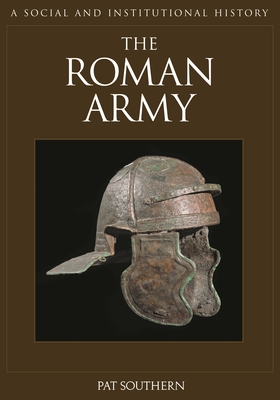 By Pat Southern
$159.80
Not currently in the store BUT we can probably order it for you

The Roman Army: A Social and Institutional History offers a revealing portrait of a legendary fighting force in peacetime and at war from a soldier's-eye view. Organized thematically, it explores the army's history, culture, and organization, while providing fascinating details of the soldier's daily life and of the army's interactions with citizens, politicians, and the inhabitants of conquered territories.

Written by a leading scholar of Roman military history, The Roman Army helps readers appreciate the distinctive traits that helped the army sustain itself for nearly 1,000 years, including its adaptability (soldiers did civilian police and military duty and the army continually modified its tactics and weapons), as well as its training methods, compensation system, strict regimen of punishment and rewards, and its skill at "Romanizing" foreign lands. Readers will also see how historians pieced together their understanding of the army's way of life, drawing on everything from Rome's rich historical record to depictions of military subjects in literature and art.

Pat Southern is a community learning librarian currently working for Trafford Library Service in Cheshire, England. Her published works include several books on the Roman army and the Roman Empire, including The Roman Cavalry and The Roman Empire From Severus to Constantine.