Cries from the Jungle: Paradise Lost in New Guinea (Paperback) 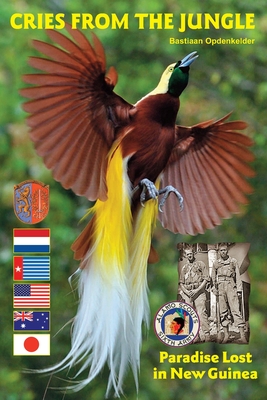 Cries from the Jungle helps fill a literary void detailing the firsthand Dutch and Dutch Indo colonial experience in New Guinea from the early 20th century until 1962 through the words of those who lived it. Particular attention is given to the anti-Japanese resistance movement by Dutch leaders operating behind the lines in New Guinea during World War II and to the plight of families interned by the Japanese which included starvation, beatings, and execution.

Thoroughly researched, strongly written, and accentuated with stirring photos, Cries from the Jungle is a richly layered account that follows the author's family and others through liberation navigating the myriad challenges and dangers they and other Indos faced after the war, through the tumultuous period of Indonesian Independence, and for many, the difficult and unwelcomed return to the Netherlands forced upon them by the realities of the time.

Until now, few were aware of the depth of the Indo experience, but Cries from the Jungle, like the indigenous Bird of Paradise of Papua, offers a rare and enchanting glimpse into something wildly beautiful.