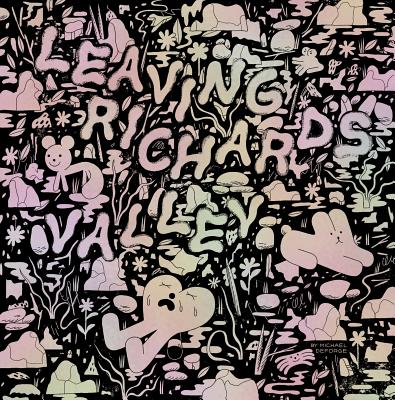 By Michael DeForge
$32.95
Not currently in the store BUT we can probably order it for you

When a group of outcasts have to leave the valley, how will they survive the toxicity of the big city?

Richard is a benevolent but tough leader. He oversees everything that happens in the valley, and everyone loves him for it. When Lyle the Raccoon becomes sick, his friends—Omar the Spider, Neville the Dog, and Ellie Squirrel—take matters into their own hands, breaking Richard’s strict rules. Caroline Frog rats them out to Richard and they are immediately exiled from the only world they’ve ever known.

Michael DeForge’s Leaving Richard’s Valley expands from a bizarre hero’s quest into something more. As this ragtag group makes their way out of the valley, and then out of the park and into the big city, we see them coming to terms with different kinds of community: noise-rockers, gentrification protesters, squatters, and more. DeForge is idiosyncratically funny but also deeply insightful about community, cults of personality, and the condo-ization of cities. These eye-catching and sometimes absurd comics coalesce into a book that questions who our cities are for and how we make community in a capitalist society.

Michael DeForge was born in 1987 and has written eight books including Ant Colony, First Year Healthy, Big Kids, and Sticks Angelica. He has been a celebrity judge for the Midland Buttertart Festival. He is currently on a treadmill.

“[Michael DeForge's comics] feel like an elaborate, extended joke — one that you really want to be in on.”—NPR

“An absurdist shaggy-dog story... DeForge diagnoses the appeal and the anguish of life in any community where utopian ideals give way to desperate impermanence.”—The Globe & Mail

“[DeForge's] drawings consist of simple lines, flat perspective, and a limited palette of bright colors, but the worlds therein are a profusion of organic shapes that suggest a richness of interior emotion.”—The Believer

“[Leaving Richard's Valley] highlights the value of finding one’s place in a world that is constantly growing and changing... DeForge has skilfully created a twisted, bitingly funny parable about community and friendship in tough times.”—Winnipeg Free Press

“The definition of a truly great artist, in my book, is someone who leads you somewhere unexpected...Michael DeForge does this with everything he produces, and it is part of why people love his work. Leaving Richard’s Valley is yet another example of this skill.”
—Paste Magazine

“Deforge succeeds in creating a weird, witty epic in this, the longest and yet most accessible of his graphic novels.”—Publishers Weekly, starred review