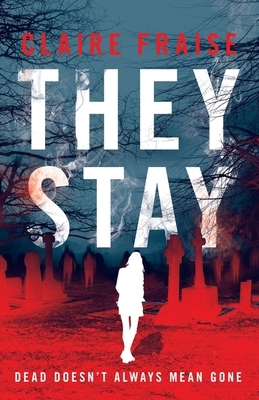 For fans of Stranger Things comes a suspenseful YA mystery about a missing kid, a girl who can see ghosts, and a horrifying crime only four outcasts have the power to stop.

What if the only person who could help you find your missing brother was dead?

Nothing is as important to sixteen-year-old Shiloh Oleson as her little brother Max. So when the six-year-old goes missing without a trace, a heartbroken Shiloh refuses to believe nothing can be done and sets out to find him.

When one of Shiloh's classmates says she knows where Max is, Shiloh hesitates to believe her. Francesca is creepy. She says she can see ghosts, but everyone knows ghosts aren't real ... right?

But Francesca says that Max is going to be murdered.

And a ghost told her where he is.

As the line between the dead and living begins to blur, Shiloh starts to think Francesca might not be as crazy as she believed. One thing is becoming clear. Someone has gruesome plans for Max, and Shiloh must confront her worst nightmares to find him before it's too late.

THEY STAY is the first book in the thrilling They Stay Series by award-winning author Claire Fraise. Read on if you like ghost stories, plot twists, enemies-to-friends, creepy circuses, budding romance, and unlikely heroes.