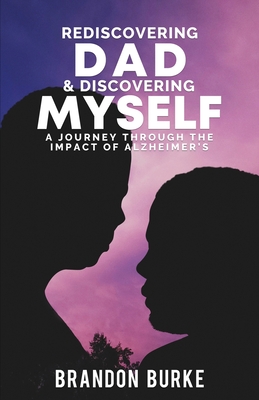 By Brandon Burke
$19.49
NONE IN-STORE but we can probably order it for you

Brandon Burke grew up not always having the closest relationship with his father. However, as life would have it, his father's diagnosis of Alzheimer's in 2015 afforded the opportunity for Brandon not only to become closer to his father but also to become his steadfast caregiver. Through this disease, Brandon has found his passion and inspiration to help others who are in similar situations by sharing his experiences. Brandon tells the story of his relationship with his father growing up, leading up to him being diagnosed, and he hopes to shed some light on a devastating diagnosis and his family history of Alzheimer's.

"It is my hope that this book will provide a path for Alzheimer's caregivers to follow so that they will know they are not alone; shed light on the role of caregivers who are often unsung heroes when it comes to serious and/or terminal illnesses; bring more awareness to the world about the effects of Alzheimer's Disease; and highlight the bond between father and son," Brandon relates.

Rediscovering Dad & Discovering Myself: A Journey Through the Impact of Alzheimer's is a compassionate and insightful journey with Brandon Burke, as he comes to understand the immense impact that his father had on his life.