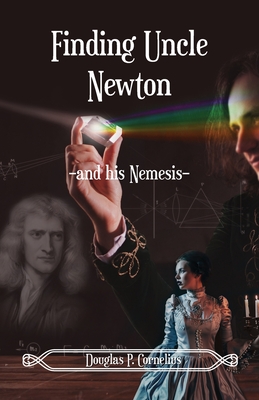 She is outgoing, but orphaned. He is introverted, but a world-renowned scientist. Would moving in with Uncle Isaac Newton work? When his head was always in a book or the Bible?

Teen-aged Catherine Barton tries desperately to connect, so seeks a match for her energy in the London coffeehouses. That women were not welcome there in the late 1690's would not stop her, and she does find promising boyfriend John.

Meanwhile, Uncle Isaac, as new Warden of the Mint, has his own challenges-nabbing counterfeiters, including the notorious, William Chaloner. He enlists Catherine to spy at the coffeehouse, and she welcomes the bond-all until boyfriend John gets implicated in a counterfeiting scheme.

Then a case of smallpox, a pandemic scourge that had killed millions just decades earlier, sends her off to dreaded isolation in the countryside.

And Uncle Isaac's battle to nab the devious Chaloner turns into a challenging chess match. Will famous scientist Newton be embarrassed by a scofflaw from the street? Will Catherine ever find her true connection?

Based on actual historical events and people. Author is a prior recipient of Moonbeam and Illumination Awards for books for faith-driven teens.