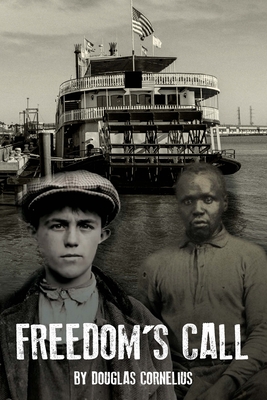 Just moments earlier, the steamboat at Brady's command had rounded the Mississippi river-bend effortlessly. But then a sudden explosion causes fourteen-year-old Brady to fail his cub-pilot test, shattering his dream. What's more, the explosion takes the life of a family member, and now revenge grabs hold of Brady's heart. He blames a black deck hand, William Wells Brown, who flees and becomes a fugitive slave.Brady reluctantly takes an apprentice job for abolitionist newspaperman Elijah Lovejoy. Would Lovejoy's Christian message soften Brady's heart? Or would his fondness for mixed-race office mate Charlotte? Brady remains conflicted, and spirals to a new low.But when an angry mob seizes Lovejoy's printing press and dumps it in the river, Brady is called to escort a new press via steamboat along the river that Mark Twain would make famous. Danger lurks around every bend, whether from river pirates or pro-slavery thugs.When Lovejoy's fate is in the hands of an enraged mob, will Brady become more than a champion of freedom of the press? Will he ever meet up with Brown again? What role will Charlotte play?

Based on true stories featuring the lives of two noted figures of the pre-Civil War era: Elijah Lovejoy, Christian newspaper abolitionist, whom Lincoln knew, and William Wells Brown, a fugitive slave who became a famous author documenting the plight of the slaves.

Award-winning author Doug Cornelius hails from the Twin Cities, MN. He began writing after careers at Target, Ameriprise, and 3M. A Cornell graduate, his hope is to reveal the lives of Christian figures through story. Doug has been married for 44 years and has two children and three grandchildren.