Who Lives near a Glacier?: Alaska Animals in the Wild (Paperback) 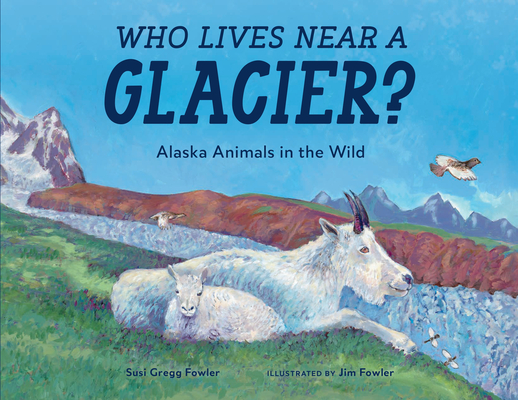 Who Lives near a Glacier?: Alaska Animals in the Wild (Paperback)


On Our Shelves Now
A gorgeously illustrated ode to the Alaskan animals that live and play in an environment that features some of the region's most impressive, natural, and constantly changing landscapes.

Whether towering high above the water's surface, or spreading out as a massive ice field in an open plain, glaciers slowly shape the environments and ecosystems that they move through. And while the size, scale, and temperatures may seem extreme, there is a vibrant community of wildlife living in and around these massive flows of ice. Through poignant poems paired with informative facts about each animal, Who Lives near a Glacier? celebrates the creatures that not only survive, but thrive alongside the shifting landscape. From enormous whales swimming alongside ice walls rising out of the ocean, to the tiniest of ice worms that make their homes inside glaciers, readers will learn about a variety of local wildlife and enjoy beautiful full-page illustrations.
SUSI GREGG FOWLER grew up in Juneau, Alaska. After college, work, and travel, she eventually returned to Juneau where she and her husband, Jim, raised their two daughters in an old house filled with music and books, much like her childhood home. She is an essayist, poet, and the author of nine previous children’s books.

JIM FOWLER is a painter and illustrator based in Juneau, Alaska, where he has lived for almost fifty years. He has fourteen previous children’s books to his credit, including Benny’s Flag, Dolphin Adventure, and Arctic Aesop’s Fables: Twelve Retold Tales.