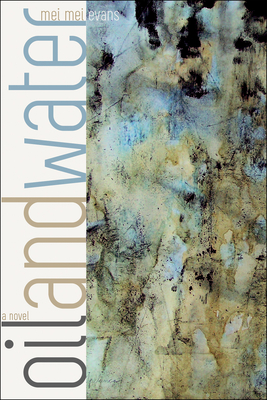 What happens when the American dream collides head-on with a nation’s dependence on fossil fuels? Oil and Water, a novel by Mei Mei Evans, focuses on precisely this question. Starting with a star-crossed supertanker, a wayward fishing boat, and a well-known hazard in the Gulf of Alaska, the story presents a region plunged into an oil-slicked crisis. As thousands of miles of shoreline and sea are obliterated, the spill threatens the lives and livelihoods of the coastal community of Selby.

At the center of the disaster are Gregg, a down-on-his-luck skipper, and Lee, his lone deckhand. As they cross paths with the tanker and later the residents of Selby, they are faced with decisions that will have a lasting impact on the entire community. And when the residents are presented with a controversial deal—accept handouts in the form of work from the very company responsible for the disaster—they must learn just how important it is to find strength in the connections that bind humans to each other and the natural world.

Evans’s compelling story, influenced by her own experiences during the Exxon Valdez oil spill, is a provocative look at the choice that must be made between environmental safety and economic survival. A PEN/Bellwether Prize finalist, it will have readers reconsidering where they draw their own lines.

Mei Mei Evans is associate professor at Alaska Pacific University and coeditor of The Environmental Justice Reader. Now a resident of Anchorage, she was a public information officer for Homer, Alaska, during the Exxon Valdez oil spill.