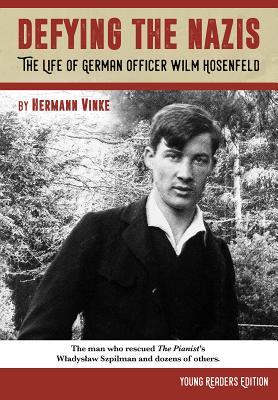 By Hermann
$19.99
NONE IN-STORE but we can probably order it for you

The man who saved The Pianist's Wladyslaw Szpilman and dozens of others.

Initially an ardent admirer of Adolf Hitler, Wilm Hosenfeld became aware of the Third Reich's relentless brutality against the Poles and Jews when he was stationed in Poland. Witnessing the Nazis' inhumanity changed Hosenfeld from an enemy occupier to a rescuer. Hosenfeld's heroic efforts to save Polish citizens was mostly unknown until a scene in the Oscar-winning film, The Pianist, brought to the public's attention a man who compassion saved more than 60 people. In 2008, Hosenfeld was honored by Yad Vashem as a Righteous Among the Nations. Defying the Nazis is the first English biography of Wilm Hosenfeld.