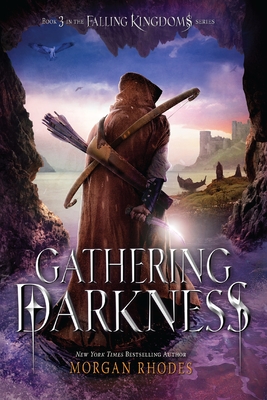 This is book number 3 in the Falling Kingdoms series.

War brought them together. Love will tear them apart.

Alliances form across Mytica and beyond as royals and rebels alike race to hunt down the Kindred—the four elemental crystals that give their owners god-like power. The stakes have never been higher for Magnus and Cleo, who are brought together by a life or death decision that will lock their fates and change the course of the kingdom forever.

THE REBELS forge ahead. Princess Cleo slays with sweetness—and a secret that might control Lucia’s magic—as she and vengeful Jonas lead the hunt for the all-powerful Kindred.

THE KRAESHIANS join the fray. Ashur and Amara, the royal siblings from the vast kingdom across the Silver Sea, prove to be just as ruthless as they are charming as they manipulate their way to victory.

THE WATCHERS follow Melenia out of the Sanctuary. They ally, in the flesh, with King Gaius, who vows to use Lucia’s powers to unveil the Kindred.

Morgan Rhodes is the New York Times bestselling author of the Falling Kingdoms series. Under another pen name, she's an award winning author of more than two dozen novels. Morgan lives in Southern Ontario, where she’s currently hard at work on the next Falling Kingdoms book.
PRAISE for the FALLING KINGDOMS series:

"Morgan Rhodes has created a rich, living fantasy world and characters that immediately draw the reader in. This is one of those series you can't help but be obsessed with. I can't wait to see what happens next!" —Richelle Mead, #1 New York Times bestselling author of the Vampire Academy and The Glittering Court