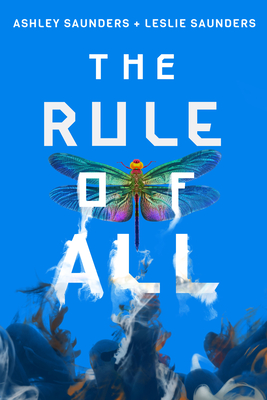 By Ashley Saunders, Leslie Saunders
$9.99
NONE IN-STORE but we can probably order it for you

This is book number 3 in the Rule of One series.

As America's twenty-first-century revolution reaches its endgame, twin sisters must outrun, and outlive, the Common enemy.

Outlaw twin sisters Ava and Mira Goodwin were born to defy Texas's tyrannical and oppressive Governor Roth. They inspired millions across the country to liberate themselves and fight to live free under the new Common rule. But an enemy still endangers their fragile vision for the future. Ava and Mira's mission: hunt the man down.

The once-mighty Governor Roth has fled Dallas. Holding a hostage beloved by Ava and Mira, Roth has a mission, too: regroup his Loyalists, wreak vengeance, and reclaim his power.

With the help of a savvy programmer turned rebel warrior, Ava and Mira brave a journey more uncertain than they've ever attempted before. As they forge southward into foreign territory--against a ruthless cartel, Roth's aggressive Texas Guard, and a formidable new foe--courage, alliances, and trust will be tested. Now, in the most unlikely and treacherous of places, the sisters must finish what they started. Before they--and the Common--are erased from history forever.