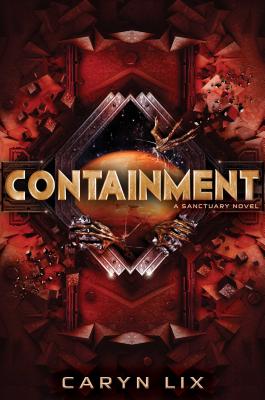 By Caryn Lix
$19.99
NONE IN-STORE but we can probably order it for you

In the thrilling second book in a series best described as Alien meets The Darkest Minds, Kenzie and her friends find themselves on the run and up against another alien invasion headed towards Earth.

They may have escaped Sanctuary, but Kenzie and her friends are far from safe.

Ex-Omnistellar prison guard Kenzie and her superpowered friends barely made it off Sanctuary alive. Now they’re stuck in a stolen alien ship with nowhere to go and no one to help them. Kenzie is desperate for a plan, but she doesn’t know who to trust anymore. Everyone has their own dark secrets: Omnistellar, her parents, even Cage. Worse still, she’s haunted by memories of the aliens who nearly tore her to shreds—and forced her to accidentally kill one of the Sanctuary prisoners, Matt.

When Kenzie intercepts a radio communication suggesting that more aliens are on their way, she knows there’s only one choice: They must destroy the ship before the aliens follow the signal straight to them. Because if the monstrous creatures who attacked Sanctuary reach Earth, then it’s game over for humanity.

What Kenzie doesn’t know is that the aliens aren’t the only ones on the hunt. Omnistellar has put a bounty on Kenzie’s head—and the question is whether the aliens or Omnistellar get to her first.

Caryn Lix has been writing since she was a teenager and delved deep into science fiction, fantasy, and the uncanny while working on her master’s in English literature. Caryn writes novels for teens and anyone else who likes a bit of the bizarre to mess up their day. When not writing, Caryn spends her time obsessively consuming other people’s stories, plotting travel adventures, and exploring artistic endeavors. She lives with her husband and a horde of surly and entitled animals in southern Alberta. Find out more at CarynLix.com.