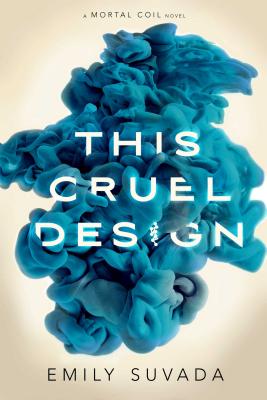 
On Our Shelves Now
Cat thought the Hydra epidemic was over, but when new cases pop up, she must team up with an enemy to fix the vaccine before the virus spirals out of control in this thrilling sequel to This Mortal Coil, which New York Times bestselling author Amie Kaufman says “redefines ‘unputdownable.’”

The nightmare of the outbreak is finally over, but Cat’s fight has only just begun.

Exhausted, wounded, and reeling from revelations that have shaken her to her core, Cat is at a breaking point. Camped in the woods with Cole and Leoben, she’s working day and night, desperate to find a way to stop Lachlan’s plan to reprogram humanity. But she’s failing—Cat can’t even control her newly regrown panel, and try as she might to ignore them, she keeps seeing glitching visions from her past everywhere she turns.

When news arrives that the Hydra virus might not be as dead as they’d thought, the group is pushed into an uneasy alliance with Cartaxus to hunt down Lachlan and fix the vaccine. Their search takes them to Entropia, a city of gene-hackers hidden deep in the desert that could also hold the answers about Cat’s past that she’s been searching for.

But when confronted with lies and betrayals, Cat is forced to question everything she knows and everyone she trusts. And while Lachlan is always two steps ahead, the biggest threat to Cat may be the secrets buried in her own mind.
Emily Suvada was born and raised in Australia, where she went on to earn a degree in mathematics. She previously worked as a data scientist, and still spends hours writing algorithms to perform tasks which would only take her minutes to complete on her own. When not writing, she can be found hiking, cycling, and conducting chemistry experiments in her kitchen. She currently lives in Portland, Oregon, with her husband.
"I want to buy this YA trilogy about gene-hacking for every teen I know."
— The Verge on THIS CRUEL DESIGN

"It is rare that a series as entertaining and twisty as this is equally exciting in its ethical and philosophical questions. This Cruel Design is a necessary read for critical readers of speculative, dystopian, and apocalyptic literature. This Mortal Coil is among the most important and thrilling new YA series."
— VOYA, starred review on THIS CRUEL DESIGN

"I was thrilled; I was shocked; I have so many questions. I want to know what happens next."
— NPR on THIS MORTAL COIL

"Suvada sets up a familiar opposition in this post-apocalyptic future and then quickly upends it . . . Readers will eagerly anticipate delving further into Cat and Cole’s world and adventures."
— BCCB, starred review on THIS MORTAL COIL

"Suvada’s scary, action-packed debut novel barely takes a breath, and its exploration of what makes us human goes well below the surface."
— Publisher's Weekly on THIS MORTAL COIL

"Suvada’s debut novel balances characterization and action with an intensity that readers of dystopian fantasy will find infectious."
— VOYA on THIS MORTAL COIL