My Name Is Not Easy (Paperback) 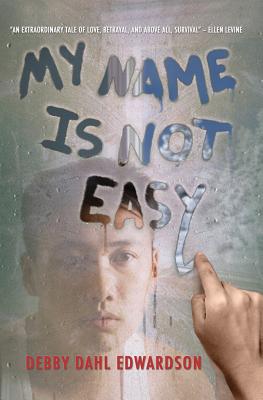 By Debby Dahl Edwardson
$9.99
NONE IN-STORE but we can probably order it for you

Luke knows his I nupiaq name is full of sounds white people can't say. He knows he'll have to leave it behind when he and his brothers are sent to boarding school hundreds of miles from their Arctic village.

At Sacred Heart School things are different. Instead of family, there are students--Eskimo, Indian, White--who line up on different sides of the cafeteria like there's some kind of war going on. And instead of comforting words like tutu and maktak, there's English. Speaking I nupiaq--or any native language--is forbidden. And Father Mullen, whose fury is like a force of nature, is ready to slap down those who disobey.

Luke struggles to survive at Sacred Heart. But he's not the only one. There's smart-aleck Amiq, a daring leader--if he doesn't self destruct; Chickie, blond and freckled, a different kind of outsider; and small quiet Junior, noticing everything and writing it all down. Each has their own story to tell. But once their separate stories come together, things at Sacred Heart School--and in the wider world--will never be the same.