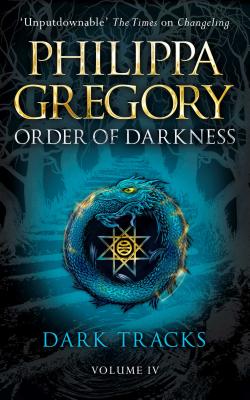 This is book number 4 in the Order of Darkness series.

Enter a world of romance, danger, and superstition in the in the fourth thrilling book in the Order of Darkness series from #1 New York Times bestselling author Philippa Gregory.

Luca Vero is a member of the secret Order of Darkness, tasked by his master to uncover the truth behind strange happenings. Alongside Lady Isolde, her friend and confidant, Ishraq, Luca’s manservant, Freize, and Brother Peter, Luca travels miles acorss medieval Europe—seeking out the signs of the end of days, judging the supernatural, and test the new science.

Trapped in a village possessed by a dancing madness, the group fights to keep their own sanity. When Isolde dances away in red shoes and Ishraq takes dramatic revenge on their covert assassin, the young people discover that the greatest risk in the men who have come to their rescue. These are the truly dangerous madmen of Europe, who carry a dark hatred that will last for centuries.
Philippa Gregory is the author of many New York Times bestselling novels, including The Other Boleyn Girl, and is a recognized authority on women’s history. Many of her works have been adapted for the screen including The Other Boleyn Girl. She graduated from the University of Sussex and received a PhD from the University of Edinburgh, where she is a Regent. She holds honorary degrees from Teesside University and the University of Sussex. She is a fellow of the Universities of Sussex and Cardiff and was awarded the 2016 Harrogate Festival Award for Contribution to Historical Fiction. She is an honorary research fellow at Birkbeck, University of London. She founded Gardens for the Gambia, a charity to dig wells in poor rural schools in The Gambia, and has provided nearly 200 wells. She welcomes visitors to her website PhilippaGregory.com.