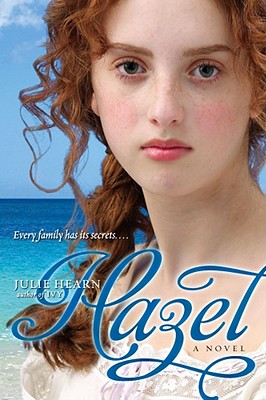 
Email or call for availability
Every family has its secrets. . . .

Hazel Louise Mull-Dare has a good life, if a bit dull. Her adoring father grants her every wish, she attends a prestigious school for the Daughters of Gentlemen, and she receives no pressure to excel in anything whatsoever. But on the day of the Epsom Derby—June 4th, 1913—everything changes. A woman in a dark coat fatally steps in front of the king's horse, protesting the injustice of denying women the vote. Hazel is transfixed. And when her bold American friend, Gloria, convinces her to stage her own protest, Hazel gets a taste of rebellion. But her stunt leads to greater trouble than she could have ever imagined—Hazel is banished from London to her family’s sugar plantation in the Caribbean. There she is forced to confront the dark secrets of her family—secrets that have festered—and a shame that lingers on.
Julie Hearn was born in Abingdon, England, near Oxford, and has been writing all her life. After studying to be a journalist, she worked in Australia and lived in Spain, before returning to England, where she worked as a features editor and columnist. She is now a full-time writer. Her first book published in the United States was The Minister's Daughter.