Adios to My Old Life (Paperback) 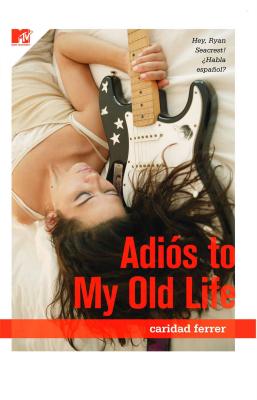 Adios to My Old Life (Paperback)


NONE IN-STORE but we can probably order it for you
Does a seventeen-year-old from Miami have what it takes to be the next big Latin superstar? And does she really want it?

As a talented singer-guitarist with a dream of going pro, Alegría Montero is getting fed up with the endless, boring parade of quinceañeras and other family party gigs. She's longing for something bigger. And Oye Mi Canto—a new reality TV show that's searching for the next Latin superstar—is definitely that. Ali figures she'll never make the cut, but auditioning seems like a good way to get her overprotective father to take her ambitions seriously.

To Ali's complete shock, she passes her audition. Next thing she knows, she's dealing with wardrobe fittings, cameras, reporters, vocal coaches, and websites designed by lovestruck fanboys. She's also dealing with jealousy, malice, and sabotage among the contestants, all of which has her wondering: Is it really time to shoot for the stars and try to win the whole competition, or is it time to say "Cut!" and become a normal teenager again?
Caridad Ferrer always knew she was meant for the arts-she just thought it would be onstage, belting out smoky torch songs with a side of teaching little darlings do-re-mi. Her subconscious clearly knew better, urging her to keep journals and weave stories. Several novels and a RITA® award later, her subconscious taunts her with the occasional, "Nyah, nyah." A native Floridian, Ferrer now makes her home in the Pacific Northwest, thriving amidst the cool, rainy weather.
"This brilliant debut resonates with the sparkling rhythm of Ali's talent. Her path to independence via reality show madness makes us cheer for her every step of the way . . . because all a girl really needs is love, laughter, and a rocking guitar." -- Alesia Holliday, author of American Idle