The Great Unknown: A Novel (Hardcover) 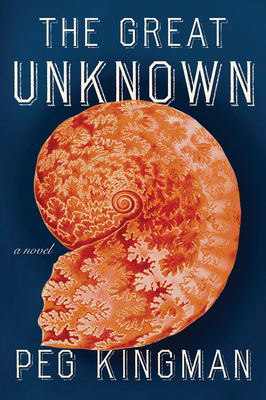 The Great Unknown: A Novel (Hardcover)

Fans of The Essex Serpent will love this immersive historical novel of furtive fossil-quarrying, a lively Scottish family, an audacious book of natural history proposing that species change over time, and a woman with secrets seeking answers. The whole story quietly crackles with curiosity, the mysteries of inheritance, and the possibilities of uncovering and understanding the past. -Ruth

— From Fiction - New in Hardcover

What is your name? Where did you come from? And where are you going? In this immersive novel set in 1840s Britain and France, these questions probe at the essence of what it means to be human.

A wet nurse in a lively Scottish household goes by an assumed name, but longs to know the identity of her father. A quarryman furtively extricates a remarkable fossil from an island off the Northumberland coast and promptly smuggles it abroad to Paris. A sensational best-selling book that shatters cherished notions about the universe and everything in it triggers widespread argument and speculation—but its author’s name is a well-guarded secret. Another book, roundly ignored, neatly sets forth in an obscure appendix the principle that will become the centerpiece of Charles Darwin’s On the Origin of Species. All these threads—some historical, others fictional—converge and illuminate one another in unexpected ways in the climactic revelations of this brilliant story.

Peg Kingman is the author of The Great Unknown, Not Yet Drown’d and Original Sins: A Novel of Slavery & Freedom. She worked for many years as a technical writer and a tea merchant. She lives in northern California.
Wonderfully wry, brilliantly evocative, and dazzling in its depiction of hidden lives and ambitions, this astonishing novel blends an Austenesque wit and psychological insight with a grasp of early evolutionary theories worthy of A. S. Byatt, Patrick O’Brian, or Barry Unsworth. How rare to combine such deep knowledge with such a light touch.
— Andrea Barrett, Pulitzer Prize finalist and National Book Award winner

[B]eautifully wrought, panoramic. Kingman ably pulls together the many threads [in this novel] to paint the portrait of a time when humanity perched on the precipice of great change. Kingman’s evocation of a specific time and place, and her depiction of the role that chance, rather than deliberate design, plays both in the natural world and in her characters makes for gratifying storytelling. Kingman masterfully combines history with propulsive drama.
— Publishers Weekly (starred review)