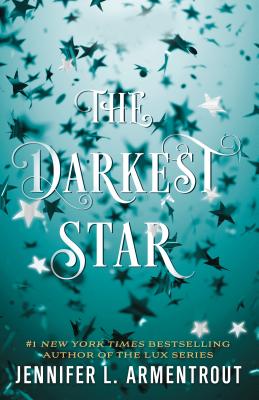 By Jennifer L. Armentrout
$18.99
NONE IN-STORE but we can probably order it for you

This is book number 1 in the Origin Series series.

In the world of the Lux, secrets thrive, lies shatter, and love is undeniable.

#1 New York Times, USA Today, and internationally bestselling author Jennifer L. Armentrout brings her trademark drama and intrigue to a new romantic YA science fiction series with The Darkest Star. Set in the beloved world of the Lux, a girl pulled into in a world she doesn't understand finds herself confronted by long buried secrets, a betrayal that could tear her life apart...and Armentrout's most swoonworthy book boyfriend yet.

Seventeen-year-old Evie Dasher knows firsthand the devastating consequences of humanity's war with the aliens. When she's caught up in a raid at a notorious club known as one of the few places where humans and the surviving Luxen can mingle freely, she meets Luc, an unnaturally beautiful guy she initially assumes is a Luxen...but he is in fact something much more powerful. Her growing attraction for Luc will lead her deeper and deeper into a world she'd only heard about, a world where everything she thought she knew will be turned on its head...

Welcome to the Origin series.

Jennifer L. Armentrout is a #1 New York Times, USA Today, and international bestselling author of the Lux series and other books for teens and adults. She is a #1 bestseller in Germany and Italy, and a top seller in markets around the world.

In total, her young adult novels have sold over a million copies since 2011 in the US. Her YA novels have been finalists for the Goodreads Choice Awards and nominated for the YALSA Teen Top Ten. In 2017, The Problem with Forever won the RITA Award for best young adult novel.

Armentrout lives in West Virginia with her husband and dogs.