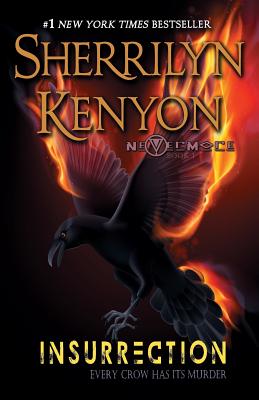 By Sherrilyn Kenyon
$9.62
NONE IN-STORE but we can probably order it for you

From the #1 bestselling author of the Dark-Hunters comes an all new tale her fans have been waiting almost two decades to read. A post-apocalyptic tale unlike any you ever seen:

The virus ran swiftly on the hot summer breeze. Unseen. Unheard. Unknown. It swept through the entire earth in a matter of months, having mercy on no one. Young--old--it didn't matter.

Brought to us by the Drabs, it was the last thing we expected. But the Drabs knew. They even fought a war over whether or not they should save us.

In the end, it was decided that we were diseased insects who were unfit to breathe their air.

So they left the human race to die a miserable death of agonizing pain in a matter of months. Left us with no doctors or medicine. Their plan was to rid the earth of us and to take our home as their own.

What they never expected was the change that would come after the plague. We didn't all die off as they'd planned. Those under the age of twenty somehow managed to survive the disease.

We managed to hide ourselves while our bodies changed. Still human, but now something else. Something more powerful and more intuitive.

Now possessed of magical powers and abilities beyond belief, we're still here on this earth, and we're not leaving. This is our home.

Drabs take note and learn to be afraid. You've had a hundred years here on earth, but now your time here is done.

You called us rodents. Insects. Diseased animals. The scraps of humanity--and that, my Drab friend, we certainly are. But what you should have realized is that you can't kill a Scrap. Humanity isn't dead. Not by a long shot. We still have our soldiers and we have our conviction.

Most of all, we have hope.

And we will win in the end. Whatever it takes. Whatever it costs. We won't allow you to take our planet from us. So count your days, Drabs.

The war is on.

This edition also contains the short story The Witch of Endor.