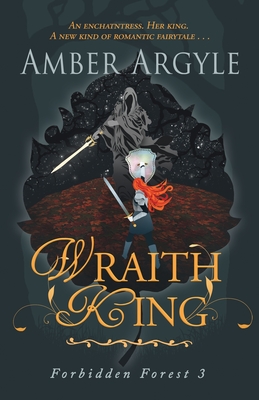 An assassin has set his sights on killing Larkin and ending her new reign as queen. Worse, the magic is dying. The magic that protects mankind from the wraith. The same magic Larkin has used to keep the curse from destroying the man she loves.

Because once that curse reaches Denan's eyes, he will be worse than dead.

But there is one hope left. There is a darkness growing inside Larkin. And with that darkness comes power. Perhaps even enough power to defeat the wraith.

But in embracing that darkness, Larkin risks becoming the very thing that hunts her.

This daring Beauty and the Beast and The Pied Piper fairytale retelling has captured hearts the world over. Read Wraith King and let the magic, adventure, and romance sweep you away

OTHER TITLES BY AMBER ARGYLE

Of Ice and Snow

Of Fire and Ash

Of Sand and Storm