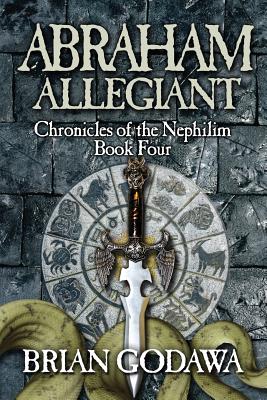 The Forefather and Patriarch You Thought You Knew.

After the Great Flood, the giant king Nimrod builds the Tower of Babel and unites the world in rebellion against the Creator.

But God has other plans.

He chooses a simple nomad Abraham as next in the line of the Seed of Promise.

So Nimrod sets out to find Abraham and kill him in order to thwart God's plan forever.

Abraham flees to Canaan, a land of Nephilim giants of Genesis 6, and the Watchers rule as gods.

Sodom and Gomorrah is the flashpoint for the Watchers' next diabolical plan for the Seed of the Serpent.

The War of the Seed is rising. Get it now and join the battle

Abraham Allegiant is the fourth book of the Biblical Fiction Series Chronicles of the Nephilim, a biblical epic story of the fallen angelic Watchers and their offspring, the Nephilim giants of Genesis 6.

- The true identity of the Mighty Hunter Nimrod from the Bible.

- The fascinating rise and fall of the infamous Tower of Babel from Genesis.

- The heart stirring romance between Abraham and Sarah.

- What really happened to Sodom and Gomorrah.

On The Age Appropriateness Of The Novels

This Biblical Fiction series is rated PG-13, appropriate for mature teens and above, similar to the Bible and The Lord of the Rings.