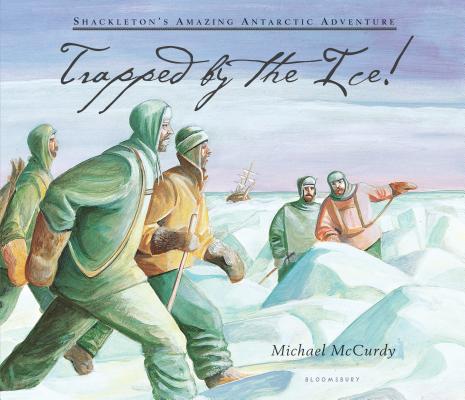 Describes the events of the 1914 Shackleton Antarctic expedition when, after being trapped in a frozen sea for nine months, the expedition ship, the Endurance, was finally crushed and Shackleton and his men made the very long and perilous journey across ice and stormy seas to reach inhabited land.

“Michael McCurdy's plain-spoken text and understated pale palette of blues, lavenders and greens suit his story.... McCurdy captures not only the elemental fears but the daily grubbiness of the adventure.” —The New York Times Book Review, Rebecca Pepper Sinkler

“ A dramatic introduction to Ernest Shackleton's Trans-Atlantic Expedition; brought to a chilling halt when their ship, Endurance, was irrevocably gripped by the Weddell ice pack. Most will find the account gripping and will want to know more about this awesome journey under appalling conditions.” —School Library Journal