The Royal Arch of Enoch: The Impact of Masonic Ritual, Philosophy, and Symbolism, Second Edition (Paperback) 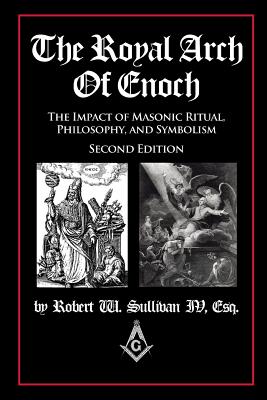 By IV Sullivan, Robert W.
$35.95
NONE IN-STORE but we can probably order it for you

"And Enoch walked with God: and he was not; for God took him." - Genesis 5:24. The Royal Arch of Enoch: The Impact of Masonic Ritual, Philosophy, and Symbolism documents an undiscovered historical anomaly: how a high degree Masonic Ritual, developed in France in the mid 1700s, included elements of the Book of Enoch which was considered lost until Freemason and traveler James Bruce returned to Europe with copies from Ethiopia in 1773. These copies were not translated into English until 1821 at Oxford University. This high degree ritual, titled "The Royal Arch of Enoch," documents the recovery of the Lost Word of a Master Mason, the Name of God. It is this ritual in particular that has defined, among other things, the American national character. The Royal Arch of Enoch also documents the symbolic restoration of the sun as the premier icon in all of Freemasonry and as the supreme emblem of imperial administration and religiosity lifted from the Ancient Mysteries, incorporated into the Abrahamic Faiths, and carried on in both Blue Lodge and High Degree Masonry. This book presents a real life Da Vinci Code/National Treasure mystery which, until the publication of this book, was previously unknown to history and historians in both the East and West.