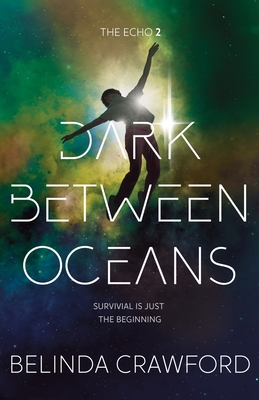 By Belinda Crawford
$16.99
NONE IN-STORE but we can probably order it for you

This is book number 2 in the Echo series.

Survival is just the beginning.

Being a ship kid is meant to be easy; cruise around the galaxy, explore a few planets, chart some asteroid belts, race cargo palettes through the ship's freight system. It's all fun and games until we stumble across an alien wreck, that's when I'm kicked out of stasis/sleep to find my home under attack, my friends being eaten.

I try to save them, but all I do is make things worse.

And now... now I'm floating in an escape pod, the power fading, the cold invading my bones.

But there are worse things than death.

And they're coming for me.

Dark Between Oceans is the second book in an epic new sci-fi series perfect for fans of The Expanse and Lost in Space.

Get Dark Between Oceans and join the fight