The Night Is for Hunting (The Tomorrow Series) (Hardcover) 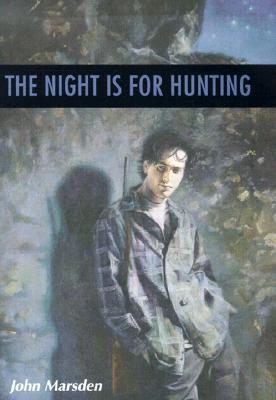 By John Marsden
Email or call for price
Out of Print

Hell’s a big place, but it gets crowded when Ellie and her friends take an uncooperative crew of orphans under their wing and into their hidden refuge. It’s not easy to keep four young children busy and happy in the bush, and things only get worse when Ellie and Homer find evidence that mysterious visitors have discovered their sanctuary. Could it be a patrol of enemy soldiers sent on a search and destroy mission? They find out all too soon.
In a time and place where war robs your identity, makes you forget your past and fear your future, it seems impossible for Ellie to make sense of a world that is quickly falling apart. And after a peaceful food raid turns into a nightmarish fight for survival, escape back to Hell seems hopeless.
Ellie, Fi, Homer, Lee, and Kevin brave the worst in this electrifying continuation of their battle to stay alive and sane in a war zone that was once their home.
The Night Is for Hunting is the sixth book in the Tomorrow When the War Began series.

“Marsden again demonstrates his ability to write as compellingly about internal battles as he does external ones.” VOYA (Voice of Youth Advocates)