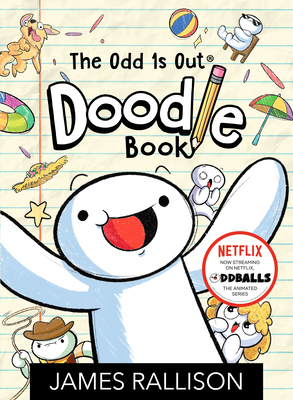 
On Our Shelves Now
Now a new Netflix series, Oddballs!

Draw, color, and create with The Odd 1s Out!

In this official, one-of-a-kind activity book, fans of the New York Times bestselling Odd 1s Out series can step into the world of James Rallison to draw, create, and put yourself into the scene. Draw the future in James’s crystal ball, scribble all over the walls like baby James, sketch out the lifecycle of Harry the Moth, come up with some entirely original phrases that no one has ever said out loud before, and so much more!

Pop the caps on your markers, crack the spine, and get ready to create an odd world of your own!
JAMES RALLISON has been drawing comics since he was eight years old. At age sixteen James created the webcomic The Odd 1s Out, which has expanded into a YouTube channel with more than 17 million subscribers. He lives in California.