What Is LEGO? (What Was?) (Paperback) 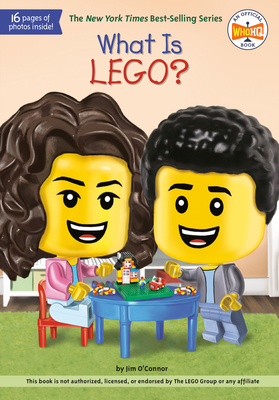 What Is LEGO? (What Was?) (Paperback)


On Our Shelves Now
Find out how these fun, stackable blocks became the most popular toys in the world.

The LEGO toy company was founded in 1934 by a Danish carpenter who loved making wooden pull toys. From its humble beginnings, the company has lived up to its name--which comes from the Danish phrase meaning to always "play well"--encouraging children to use their imagination and build whatever they can dream up.

In this book, author Jim O'Connor describes how a simple concept--small plastic bricks that snap together--morphed into a cultural phenomenon.
Jim O'Connor has written several books for Who HQ, including What Is Rock and Roll?, What Was Pompeii?, What Was the Battle of Gettysburg?, and What Were the Twin Towers? He lives in New York City.