Darkness Be My Friend (Tomorrow) (Paperback) 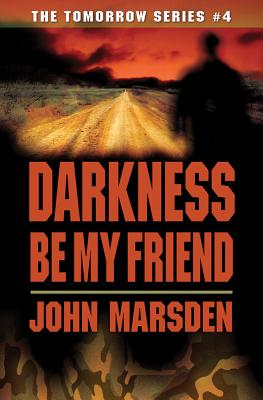 By John Marsden
Email or call for price
Hard to Find

This is book number 4 in the Tomorrow series.

The battle continues as five ordinary kids must journey back into the heart of an epic conflict.

Five months into World War III, Ellie and her four remaining friends have barely escaped the Australian town of Wirrawee with their lives and their sanity intact.
But as the next step becomes clear, they realize they must once again sacrifice their hard-won comfort and safety. A group of soldiers has recruited the kids to guide the way to the Wirrawee air base.
What could possibly motivate Ellie and her friends to return? This risky sabotage mission may be their only hope of rescuing their families, too.