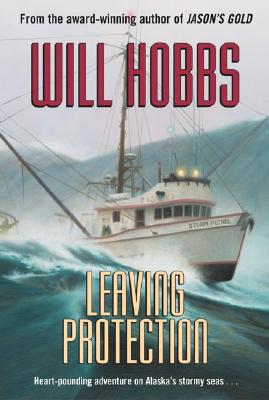 Raised in the island world of southeast Alaska, sixteen-year-old Robbie Daniels jumps at the chance to work as a deckhand on a salmon troller captained by legendary fisherman Tor Torsen. Catching king salmon from dawn till dusk, Robbie is living his dream -- until he discovers his mysterious captain's dark secret. Tor is illegally searching the coastline for historic metal plaques buried by early Russian explorers. When Robbie learns the value of these hidden treasures, he fears he may know too much tosurvive. Tor's wrath and a violent storm at sea put Robbie's courage and wits to the ultimate test.

Will Hobbs is the award-winning author of nineteen novels, including Far North, Crossing the Wire, and Take Me to the River.

Never Say Die began with the author's eleven-day raft trip in 2003 down the Firth River on the north slope of Canada's Yukon Territory. Ever since, Will has been closely following what scientists and Native hunters are reporting about climate change in the Arctic. When the first grolar bear turned up in the Canadian Arctic, he began to imagine one in a story set on the Firth River.

A graduate of Stanford University, Will lives with his wife, Jean, in Durango, Colorado.