The Winds of War (Paperback) 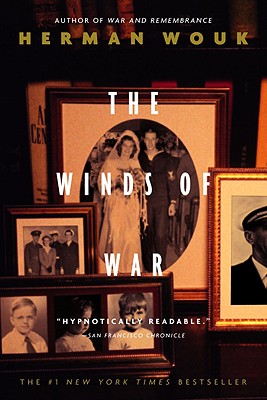 Like no other masterpiece of historical fiction, Herman Wouk's sweeping epic of World War II is the great novel of America's Greatest Generation.
Wouk's spellbinding narrative captures the tide of global events, as well as all the drama, romance, heroism, and tragedy of World War II, as it immerses us in the lives of a single American family drawn into the very center of the war's maelstrom.
The Winds of War and its sequel War and Remembrance stand as the crowning achievement of one of America's most celebrated storytellers.

"Wouk is a matchless storyteller with a gift for characterization, an ear for convincing dialogue, and a masterful grasp of what was at stake in World War II."
—San Francisco Chronicle