The Tao of Raven: An Alaska Native Memoir (Hardcover) 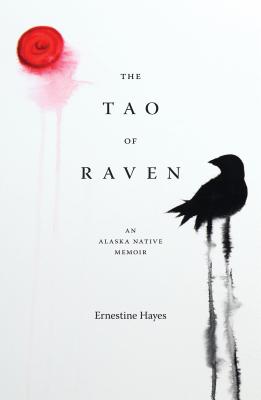 The Tao of Raven: An Alaska Native Memoir (Hardcover)

In her first book, Blonde Indian, Ernestine Hayes powerfully recounted the story of returning to Juneau and to her Tlingit home after many years of wandering. The Tao of Raven takes up the next and, in some ways, less explored question: once the exile returns, then what?

Using the story of Raven and the Box of Daylight (and relating it to Sun Tzu's equally timeless Art of War) to deepen her narration and reflection, Hayes expresses an ongoing frustration and anger at the obstacles and prejudices still facing Alaska Natives in their own land, but also recounts her own story of attending and completing college in her fifties and becoming a professor and a writer. Hayes lyrically weaves together strands of memoir, contemplation, and fiction to articulate an Indigenous worldview in which all things are connected, in which intergenerational trauma creates many hardships but transformation is still possible. Now a grandmother and thinking very much of the generations who will come after her, Hayes speaks for herself but also has powerful things to say about the resilience and complications of her Native community.

Ernestine Hayes (Tlingit) is professor of English at the University of Alaska Southeast and the 2016-18 Alaska State Writer Laureate.