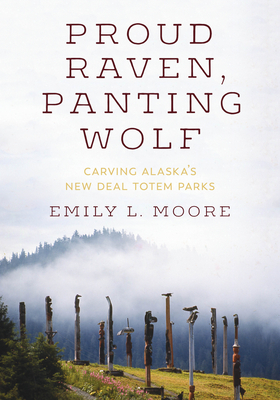 Among Southeast Alaska's best-known tourist attractions are its totem parks, showcases for monumental wood sculptures by Tlingit and Haida artists. Although the art form is centuries old, the parks date back only to the waning years of the Great Depression, when the US government reversed its policy of suppressing Native practices and began to pay Tlingit and Haida communities to restore older totem poles and move them from ancestral villages into parks designed for tourists.

Dramatically altering the patronage and display of historic Tlingit and Haida crests, this New Deal restoration project had two key aims: to provide economic aid to Native people during the Depression and to recast their traditional art as part of America's heritage. Less evident is why Haida and Tlingit people agreed to lend their crest monuments to tourist attractions at a time when they were battling the US Forest Service for control of their traditional lands and resources.

Drawing on interviews and government records, as well as on the histories represented by the totem poles themselves, Emily Moore shows how Tlingit and Haida leaders were able to channel the New Deal promotion of Native art as national art into an assertion of their cultural and political rights. Just as they had for centuries, the poles affirmed the ancestral ties of Haida and Tlingit lineages to their lands.

Supported by the Jill and Joseph McKinstry Book Fund

Emily L. Moore is associate professor in the Department of Art and Art History at Colorado State University.