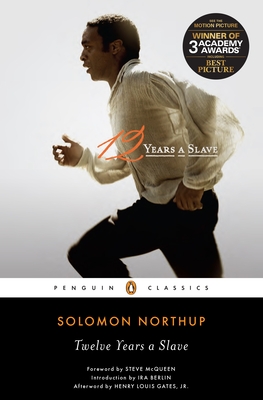 Perhaps the best written of all the slave narratives, Twelve Years a Slave is a harrowing memoir about one of the darkest periods in American history. It recounts how Solomon Northup, born a free man in New York, was lured to Washington, D.C., in 1841 with the promise of fast money, then drugged and beaten and sold into slavery. He spent the next twelve years of his life in captivity on a Louisiana cotton plantation.

After his rescue, Northup published this exceptionally vivid and detailed account of slave life. It became an immediate bestseller and today is recognized for its unusual insight and eloquence as one of the very few portraits of American slavery produced by someone as educated as Solomon Northup, or by someone with the dual perspective of having been both a free man and a slave.

Solomon Northup (1808–c. 1863) was a free man kidnapped into slavery in 1851. The details of his life after the publication of his acclaimed memoir are unknown.

Ira Berlin is Distinguished Professor of History at the University of Maryland, College Park. His many books include The Making of African America and Many Thousands Gone, winner of the Bancroft Prize and finalist for the National Book Critics Circle Award.

Henry Louis Gates, Jr., is Alphonse Fletcher University Professor and director of the W. E. B Du Bois Institute for African and African American Research at Harvard University. He lives in Cambridge, Massachusetts.

“I could not believe that I had never heard of this book. It felt as important as Anne Frank’s Diary, only published nearly a hundred years before. . . . The book blew [my] mind: the epic range, the details, the adventure, the horror, and the humanity. . . . I hope my film can play a part in drawing attention to this important book of courage. Solomon’s bravery and life deserve nothing less.” —Steve McQueen, director of 12 Years a Slave, from the Foreword

“Frightening, gripping and inspiring . . . Northup’s story seems almost biblical, structured as it is as a descent and resurrection narrative of a protagonist who, like Christ, was 33 at the time of his abduction. . . . Northup reminds us of the fragile nature of freedom in any human society and the harsh reality that whatever legal boundaries existed between so-called free states and slave states in 1841, no black man, woman or child was permanently safe.” —Henry Louis Gates, Jr., from the Afterword

“For sheer drama, few accounts of slavery match Solomon Northup’s tale of abduction from freedom and forcible enslavement.” —Ira Berlin, from the Introduction

“If you think the movie offers a terrible-enough portrait of slavery, please, do read the book. . . . The film is stupendous art, but it owes much to a priceless piece of document. Solomon Northup’s memoir is history. . . . His was not simply an extraordinary story, but an account of the life of a great many ordinary people.” —The Daily Beast

“An incredible document, amazingly told and structured. Tough, but riveting. The movie of it by Steve McQueen might be the most successful adaptation of a book ever undertaken; text and film complement each other wildly.” —Rachel Kushner, The New York Times Book Review

“Northup published a memoir of his 12-year nightmare in 1853, the year after Uncle Tom’s Cabin came out, and it was so successful that he went on to participate in two stage adaptations. The book dropped from sight in the 20th century, but the movie tie-in will certainly reestablish its virtually unique status as a work by an educated free man who managed to return from slavery.” —The Hollywood Reporter