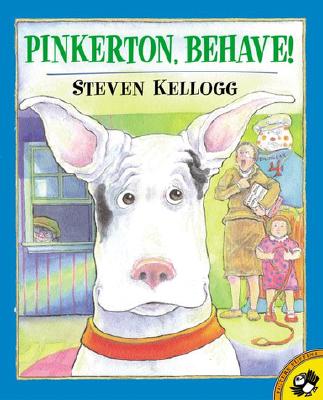 Pinkerton doesn't understand his owner's commands. When told to come, he jumps out the window. When asked to fetch the newspaper, he destroys it. Pinkerton's desperate owner sends him to obedience school, but he flunks out in record time. Then one night a burglar breaks into their house, and Pinkerton is able to put his bad habits to good use.

"Humor abounds in this exuberant tale . . . Kellogg at his best." (Booklist, starred review)