The Castle of Otranto (Paperback) 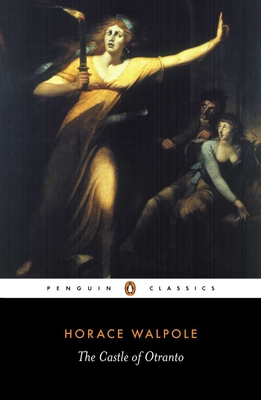 By Horace Walpole, Michael Gamer
$11.00
On Our Shelves Now

The founding work of Gothic fiction

On the day of his wedding, Conrad, heir to the house of Otranto, is killed in mysterious circumstances. His calculating father Manfred fears that his dynasty will now come to an end and determines to marry his son's bride himself - despite the fact he is already married. But a series of terrifying supernatural omens soon threaten this unlawful union, as the curse placed on Manfred's ancestor, who usurped the lawful Prince of Otranto, begins to unfold. First published pseudonymously in 1764, purporting to be an ancient Italian text from the time of the crusades, The Castle of Otranto is a founding work of Gothic fiction. With its compelling blend of sinister portents, tempestuous passions and ghostly visitations, it spawned an entire literary tradition and influenced such writers as Ann Radcliffe and Bram Stoker.

Horace Walpole (1717-97), 4th Earl of Orford, was the son of the Whig Prime Minister, Robert Walpole. In 1747 he moved to Strawberry Hill in Twickenham, which he transformed into his "little Gothic castle". He was at the centre of literary and political society and an arbiter of taste. He is remembered for his witty letters to a wide circle of friends.

Michael Gamer is Professor of English at the University of Pennsylvania. He is the author of Romanticism and the Gothic.