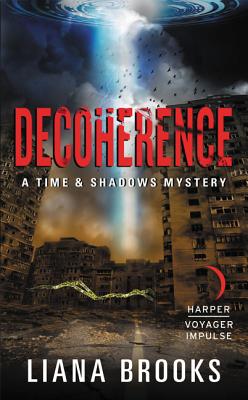 By Liana Brooks
Email or call for price
Out of Print

This is book number 3 in the Time & Shadows Mystery series.

Samantha Rose and Linsey MacKenzie have established an idyllic life of married bliss in Australia, away from the Commonwealth Bureau of Investigation, away from mysterious corpses, and—most of all—away from Dr. Emir’s multiverse machine.

But Sam is a detective at heart, and even on the other side of the world, she can’t help wonder if a series of unsolved killings she reads about are related—not just to each other, but to the only unsolved case of her short career.

She knows Jane Doe’s true name, but Sam never discovered who killed the woman found in an empty Alabama field in spring of 2069. She doesn’t even know which version of herself she buried under a plain headstone.

When Mac suddenly disappears, Sam realizes she is going to once more be caught up in a silent war she still doesn’t fully understand. Every step she takes to save Mac puts the world she knows at risk, and moves her one step closer to becoming the girl in the grave.

Liana Brooks is a full time mom and a part-time author who would rather slay dragons than budget the checkbook any day. Alas, Adventuring Hero is not a recognized course of study in American universities. She graduated college with a bachelor’s degree in marine biology, a husband, and no job prospects in her field. To fill the free time, she started writing. Now her books are read all over the world (she says she’s big in Canada), and she’s free to explore the universe one page at a time.