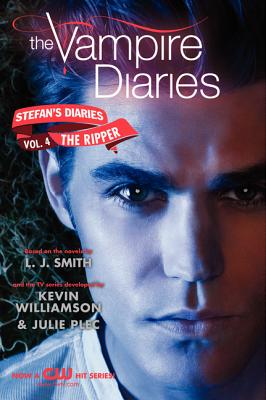 The fourth book in the New York Times bestselling series by L.J. Smith.

Twenty years have passed since Stefan Salvatore last saw his brother, Damon. Now living in a remote town in England, far away from the haunting memories of Mystic Falls, Stefan is finally able to start over. But when news from London reaches Stefan of a brutal killer on the loose—who goes by Jack the Ripper—Stefan suspects that the murders are the work of a vampire…his brother.

Kevin Williamson is the show runner and executive producer of The Vampire Diaries. His credits include the critically acclaimed television series Dawson's Creek and the blockbuster horror franchise Scream.

Julie Plec is the co-show runner and executive producer of The Vampire Diaries. She was most recently a writer-producer of the fan-favorite television series Kyle XY.