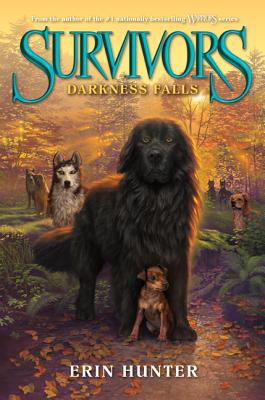 This is book number 3 in the Survivors series.

The Wild Pack’s ruthless Alpha has reluctantly agreed to allow the Leashed Dogs to join his Pack—but not before learning of Lucky’s role as a spy, and casting him out of the Pack forever. Lucky tries to be happy to have his freedom again, but this new world is treacherous for a Lone Dog. For the first time since the Big Growl, Lucky is desperate to have other dogs by his side . . . but it might be too late.

The paperback edition also includes a teaser to Survivors #4: The Broken Path!

Erin Hunter is inspired by a love of cats and a fascination with the ferocity of the natural world. In addition to having great respect for nature in all its forms, Erin enjoys creating rich mythical explanations for animal behavior. She is also the author of the Seekers, Survivors, and Bravelands series.

“Young readers will find plenty to like here, from the fast-moving plot, to the characterizations of individual dogs. A promising start for the many fans of the Warriors and Seekers adventure series.”
— Booklist