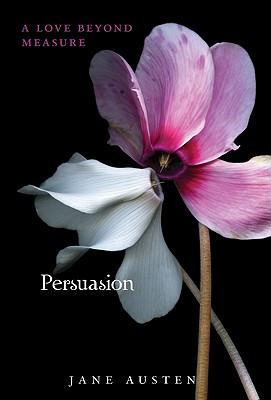 By Jane Austen
$12.14
NONE IN-STORE but we can probably order it for you

Once so much to each other!

Ann Elliot has only one regret: that she listened to her family and broke off her engagement to Captain Wentworth. He was poor, but they were in love—and she didn’t realize that love was enough.

But Anne has a new chance: Captain Wentworth has returned from the Royal Navy. With everything stacked against her, can she overcome their heartbreak and persuade him to love her again?

Beautifully presented for a modern teen audience, Jane Austen’s masterpiece is one of the most enduring stories about the resilience of love.

Born in 1775, Jane Austen published four of her six novels anonymously. Her work was not widely read until the late nineteenth century, and her fame grew from then on. Known for her wit and sharp insight into social conventions, her novels about love, relationships, and society are more popular year after year. She has earned a place in history as one of the most cherished writers of English literature.