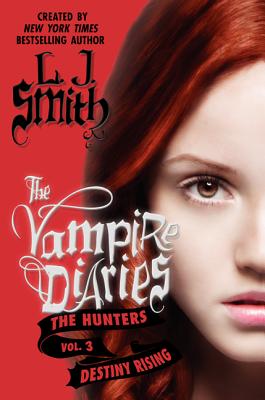 Destiny Rising is the gripping conclusion to the Hunters arc in the New York Times bestselling series The Vampire Diaries, created by L. J. Smith, which also inspired the hit CW TV show.

Elena Gilbert has never been an ordinary teenager. In love with the irresistible vampire brothers Stefan and Damon, she has died, been brought back to life, fought evil, and journeyed to hell and back to save Stefan.

Now her most dangerous enemy, Klaus, has returned, and Elena realizes she must make a terrible sacrifice to protect her world . . . and fulfill her destiny.