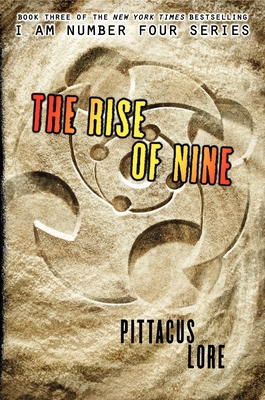 By Pittacus Lore
$17.99
NONE IN-STORE but we can probably order it for you

This is book number 3 in the Lorien Legacies series.

The third book of the #1 New York Times bestselling I Am Number Four series!

The Mogadorians who destroyed the planet Lorien continue to hunt for the Garde, the small group of Loric survivors who have taken refuge on Earth. During a dangerous mission at a Mog base in West Virginia, John found and rescued the brutish Nine. But even with their combined powers, special abilities known as Legacies, the pair barely escaped with their lives. And in the process, John’s best friend, Sam Goode, was lost and taken captive by the enemy.

In order to save him—and our world—John and Nine must join forces with Six and Seven who have been battling the Mogs in Spain, and who are now trying to locate Number Eight in India. The Garde must come together before it is too late. They are Lorien and Earth’s only hope.

Don’t miss the first book in the brand new I Am Number Four spin-off series: Generation One.

“A breathless page-turner of a sci-fi novel that will have readers rooting for the teen alien who must save himself, his human friends, and the planet. So, gear-up sci-fi fans, the battle for Earth is on and there’s a new kid in town!”
— Amazon.com, Best Book of the Month Review

“The action is taut, the characters are fascinating, and the fact that the teens are slowly finding one another and learning about Lorien secrets is sure to yield an impressive all-out battle down the road. This series continues to head in interesting directions.”
— Bulletin of the Center for Children’s Books

“Lore picks up and expands on a strong premise that originated in the first novel. An intriguing potential romantic triangle brewing between John, Six, and Sam adds layers as they search for answers.”
— Voice of Youth Advocates (VOYA)