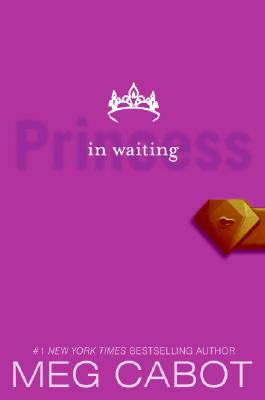 This is book number 4 in the Princess Diaries series.

Never before has the world seen such a princess. Nor have her own subjects, for that matter. But Genovian politics are nothing next to Mia's real troubles.

Between canceled dates with her long-sought-after royal consort, a second semester of the dreaded Algebra, more princess lessons from Grandmère, and the inability to stop gnawing on her fingernails, isn't there anything Mia is good at besides inheriting an unwanted royal title?

Princess in Waiting is the fourth book in the beloved, bestselling series that inspired the feature film starring Anne Hathaway and Julie Andrews. Beautifully repackaged in paperback, this title will appeal to new readers as well as fans looking to update their collection.