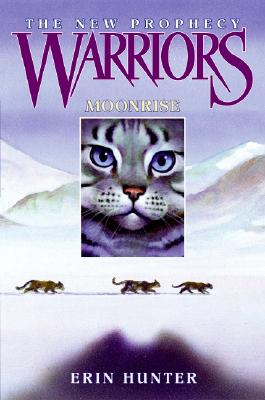 By Erin Hunter, Dave Stevenson (Illustrator)
$16.99
Not currently in the store BUT we can probably order it for you

The second book in this second series, Warriors: The New Prophecy #2: Moonrise, brings more adventure, intrigue, and thrilling battles to the epic world of the warrior Clans.

Moons have passed since six cats set out on a journey to save their Clans. Now they are traveling home again, but on their way through the mountains, they meet a tribe of wild cats with a secret…and their own mysterious prophecy to fulfill.

In the forest, Firestar and Leafpaw watch ThunderClan’s world crumbling around them. Will the questing cats make it back in time to save the Clans, or will they be too late?

Erin Hunter is inspired by a love of cats and a fascination with the ferocity of the natural world. In addition to having great respect for nature in all its forms, Erin enjoys creating rich mythical explanations for animal behavior. She is also the author of the Seekers, Survivors, and Bravelands series.