The Princess Diaries, Volume VIII: Princess on the Brink (Paperback) 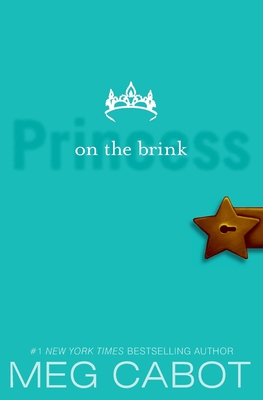 This is book number 8 in the Princess Diaries series.

At last, Mia is a junior. An upperclassperson. So why is it that everything is going so terribly wrong? What is she doing in Intro to Creative Writing? When she has made it through Algebra and Geometry, why must she be faced with Precalculus? All this is nothing compared to the news Michael springs on her, however. Her beloved boyfriend could be leaving for Japan for a year—or more! Precalc has nothing on preparing for the worst separation ever!

Turns out there is one way she might convince Michael to stay. But will she? Or won't she? No matter what, Mia seems headed for disaster.

Princess on the Brink is the eighth book in the beloved, bestselling series that inspired the feature film starring Anne Hathaway and Julie Andrews. Beautifully repackaged in paperback, this title will appeal to new readers as well as fans looking to update their collection.